My First 60 Days in a Design Firm 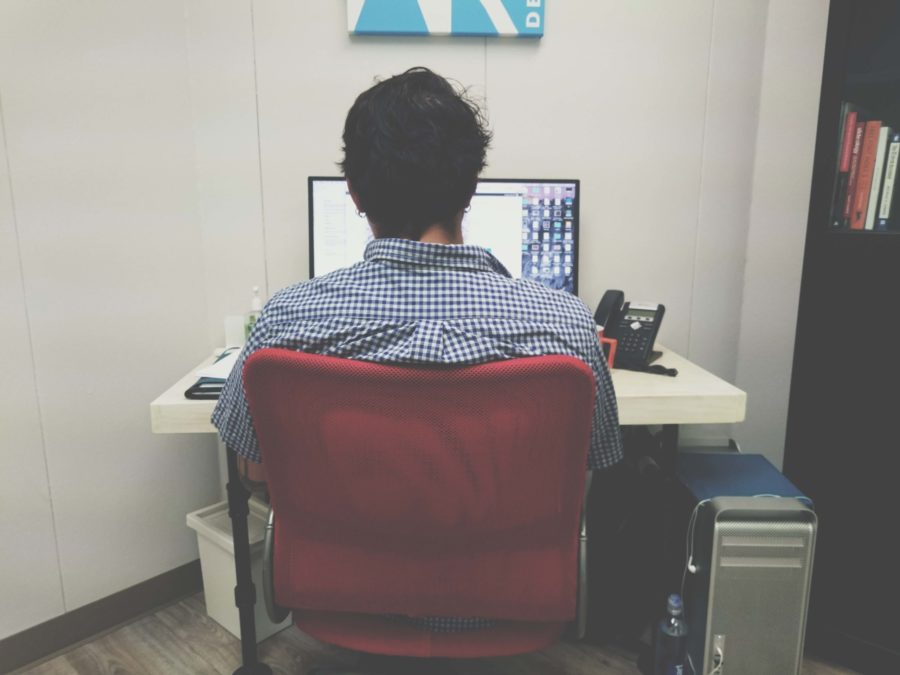 How I learned to stop worrying and love design.

To say the least, the past sixty days have been interesting and educational. I am just a lowly freelance writer from New York City, but I was lucky enough to land a full-time gig at a cool web- and graphic design firm. I am honored to be a creative strategist in a forward-thinking company that extends me the liberty of sometimes being funny.

Creatively, South Florida is an open frontier, without the cutthroat competition of big cities like New York. Sure, Miami is flashy on the surface, but the blue collar creatives seem to be taking over places like West Palm Beach and Fort Lauderdale.

What I’ve learned over the past two months has been more enriching than any education I could have received in that same timeframe. The saying, “You’ll learn everything on the job,” has proven correct throughout my experience here. Working with professional designers has been the kind of learning experience that you just cannot obtain in a classroom.

How I came to work at the best web design firm in the whole wide world!

I don’t believe in fate or destiny, however I do think that the universe wants certain things to play out in certain ways.

Honestly, I wasn’t even going to come to the interview. Lake Worth seemed a million miles away, and I had been on a dozen interviews, gotten my hopes up and was let down time and again. The day of the interview, I sucked it up, got in the car (don’t buy a used Scion) and headed north (35 minutes north might as well be the moon in South Florida).

I’d been freelancing for years and doing quite well, but something, call it age, maturity, whatever the hell, made me want to get a gig more stable. But the whole struggle of getting a job and interviewing is something I loathe. I was about to give up and go work at a beer bar.

This is where the universe comes in. I was meant to go on all those other interviews and be let down, because a better job was waiting for me. The vibe at AR Design was perfect: low-key, business-casual, and most importantly, productive and creative.

Design, especially that of digital and web, has its own vernacular. I thought I was pretty deft with technology and the like, but I got a rude awakening. The first few weeks I had to hack together my own design education. Luckily, encouraging advice from peers and the boss, along with online tutorials (shout-out to SkillShare!) helped me get my footing. It was like an observatory crash course in website technology. I had no clue how much tedious work went into building and developing websites and graphics. I was used to writing snappy little sports articles or condescending pop-culture punditry. The world of web design was (is) an exciting new ballgame for me.

For instance, did you know that on any interface with more than a few controls there is a definitive hierarchy at work? Me neither. And did you know that the state of one control affects the state, behavior, or even visibility of one or more other elements? Apparently, appropriate grouping and visuals signal this relationship. This scorching information is just a sample of the nuggets I picked up along the never-ending journey. This is re-shaping my writing as seen from a common web user’s eyes. It’s my job to learn this and interpret it all for the public and our audience.

Culturally, design is more valued now than perhaps at any other time in history. Companies from every industry are seeing the value in design. That’s why designers are taking over as heads of huge companies, because design is so important. There are truly radical thinkers and leaders designing the most significant and disruptive products of our time—including Airbnb, Dropbox, Facebook, Google, Twitter, Netflix, Pinterest, and Spotify.

Besides using a Keurig (ne Bunn-O-Matic) for the first time, I also had to impart my own aesthetics on the brand as a whole (double spacers, I’m out for blood). Give the ol’ Buynak punch of alliteration, an eye for grammar and punctuation, and puns. Essentially, I write for a company that simply likes to make things. They let me make words for those things. And, at appropriate times, they let me be comical with the content generated.

I’ve learned that Gary Vaynerchuk is crazy, and maybe even a virtuoso genius. Ebooks can be daunting. Research can be fun. Funny twitter posts gain more traction with photos. Pay per click (PPC), specifically Google Adwords, is an internet advertising model used to direct traffic to websites, and not a slang for blind terror. I’ve learned that all websites need to be mobile responsive. Sorry for being cheesy, but learning is endless and education is still exciting!

To quote Paul Rand (another person I learned), the immensely influential 20th-century advertising art director, illustrator and graphic designer: “Everything is design.” Now I am cursed because I see and focus on the design in everything: sports team logos (Go Yankees!), book covers, movie posters, menus, beer cans, greeting cards, shoes, my living room.

Lastly, I’ve learned that the biggest mistake any new hire can make is to lose a sense of urgency.