Where Once There Was a Payphone 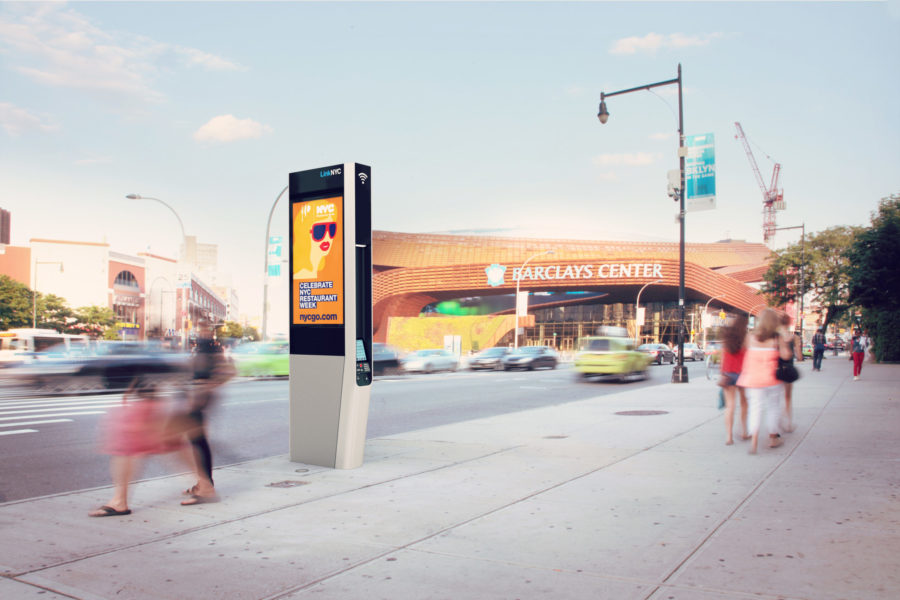 How Wifi is Changing the Streets of New York City Forever

Goodbye past, hello future. New York City is a new town these days in many ways. One of which is the new, city-wide wifi. Where once were telephone booths on corners, now there are triangular gigabit internet towers, allowing city citizens to dock, charge, connect and even create on their way to the 6 train.

Earlier this year, the Big Apple started unveiling these modern monoliths dedicated to providing the city streets with fast, unlimited wifi internet. The gestalt pillars stand out like angular bus stops, but give the infrastructure of the lay metropolis a push in the right direction: Progress.

Everyone here at AR Design is either from or has lived in New York City at one point. We found it refreshing from a design, tech-savvy standpoint, as well as a forward-thinking approach, that our once-home will look very different the next time we return. These monuments of modern technology are like payphones of the future, and, in fact, they intend to live in the same spots that payphones previously existed. The structures were proposed and designed to complement and enhance the New York landscape. The totems are multi-responsible, and Antenna’s role was to create the physical design, layout and hardware user interface, which are functional and symbolic.

LinkNYC, provided by CityBridge, a media and tech consortium, is a piece in the future infrastructure puzzle designed to create a network to cover New York City with free wifi service and bring the city up to speed (pun intended). The plan was announced by the Mayor’s office in January, and intends to keep spreading the good word of wifi, etc, that’ll bring 7,500 gigabit-speed units to all five boroughs within twelve years.

Currently still in its beta phase, the 9.5-foot-tall rectangles feature USB outlets for charging your devices (actual charger not included), city maps, 911 emergency access, and free phone and video calls to anywhere in the country, each with a wifi service radius of up to 400 feet.

Just as well, now the city has new meeting places, socioeconomically speaking. Despite the rumor that New Yorkers are rude, because it is actually a people’s town, now folks can gather again on corners and share insight, perspective, and gossip, as well as stream videos, find restaurants and connect with folks on the worst coast.

No End in Sight

It’s a weird thing to watch and witness the streets of NYC evolve right before our eyes. We remember when there were still payphones sporadically spaced around town, and the Empire State building was still one of NY’s tallest. And now we sound like our grandparents. But there is a point here. Time supersedes all things, and witnessing it is a wonder.

Like payphones of the future, by the end of this month there will be roughly 500 of these towers in full mode across all five boroughs, unlike the bike-sharing program which still only lends in Manhattan and Brooklyn.

It is the biggest, fastest public wifi project on Earth, and the towers are even faster than Starbucks’ internet. Adios payphones, hello future.