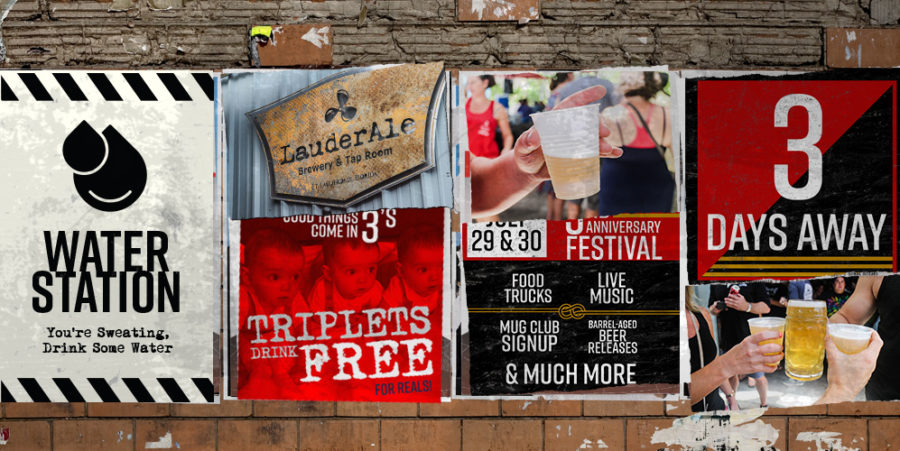 Just like every great idea, LauderAle was conceived between friends over a few beers. Owners Joey Farrell and Kyle Jones stumbled upon this idea one night at a local craft beer bar. While bantering about possible inventions and other business ideas, the one that stuck was how fun and adventurous it would be to own a brewery.

At the end of July 2017, they celebrated their 3rd Anniversary with a two-day festival. They pulled out all the stops to honor the milestone, complete with a list of barrel-aged beers that never stopped growing, food trucks, live music, plus dozens of other new, specialty beers and treatments, making this their biggest and best lineup yet.

We signed on to work with LauderAle just a month before this milestone event, so the pressure was on to produce a strong marketing push and sell some beer! 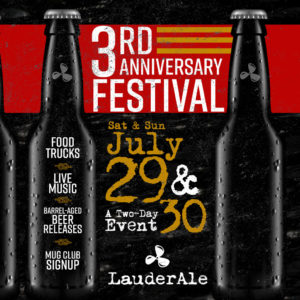 For LauderAle, social media is a must; it is their mainline to their ever-loyal, ever-faithful customers. Given the time, the social strategy was vital to tease out the event. Unveiling the specialty barrel-aged beers, food trucks and bands, as well as ticket information, were the primary aspects to tackle.

Prior to the event, we reached out to the press, including CraftBeer.com, SouthFlorida.com and the local papers which all gave it some great attention.

For the day of the event, and the hundreds of people that filled the brewery and taproom, the flow of the event was critical and our event signage led the way. From bathrooms to water stations, merchandise tables to the release schedule of special beers, nothing was left to the imagination.

Where Social Media and Marketing Make a Difference

It is not uncommon for our clients to begin our relationship without a clear understanding of how we can produce a return-on-investment, and it is events like this where we prove our value. Your social media fans don’t need to be spoon fed basic details of an event, they want to get pumped up. They want to feel involved and be the cool kid who turned all of their friends onto this event or any other. They want an organized and well communicated event.

This is what we do, we develop content strategies, brand graphics and social schedules to roll out events in a way that an in-house team can’t, getting attendees more excited, and then execute the day of the event in exactly the way we promised.