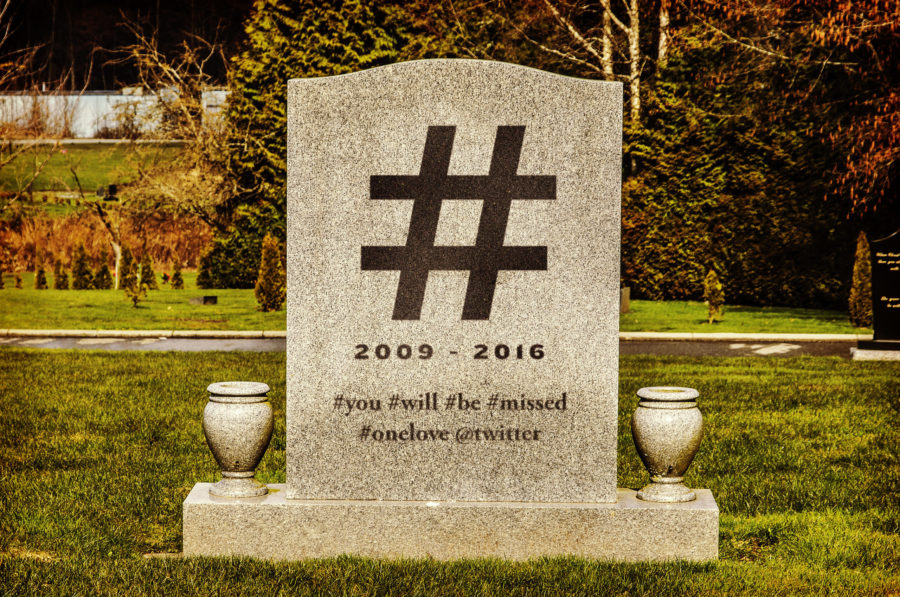 From Must Have to Has Been?

Consider the mighty hashtag. A splendid tool for grouping and monitoring specific topics via social media, it has come a long way in a relatively short amount of time.

First suggested by former Google designer, Chris Messina in 2007, who proposed that Twitter adopt the hashtag — or “pound” symbol, as it was called at the time — as a method for grouping content.

Have we truly thought about the purpose of this feature in 2016? With all the advanced tracking capabilities and tools these days, is the hashtag as important as it once was? As a company, we have personally witnessed hashtag interaction severely decline in the last few years.

When Twitter was new, back when Ashton Kutcher and P Diddy were touting it as the second coming of Myspace, folks needed a way to connect and find people. With only 140 characters, Tweeters needed an easy way to make sure their Tweet outbursts were seen. This worked when there were a hundred thousand users, but now there are 310 million users.

Hashtags were useful when no one knew what Twitter really was, and when few friends were using the platform. Back then, hashtags were invaluable as a search tool to find people who had similar interests (or similar disinterests) with whom to start conversations. Without hashtags it was like talking in a room to yourself for days on end. That may be what hashtags are like now, for real. No one really cares. The hashtag is less than ten years old, but even so, we feel like old people using the library or flip phones. The internet changes things fast. By the time you read this, Pokemon Go will be dead.

Already, it seems like an arcane symbol, one that has been used up and made fun of forever, it seems. Twitter and Instagram are mainstream now. Your friends all use it, so there is no need to search out people with “similar” interests. You follow who you want to follow and that is it. Maybe, you add a new friend, or a comedian or a musician you like, but that is it.

Hashtags clog up the content. It almost seems spammy to use hashtags. Plus, one link creates a stronger Call to Action for the reader.

A Tweet with twenty hashtags looks like a greasy diner menu, like it is trying to distract you from the bad food, the bad info. There is something to be said for cutting to the chase.

When was the last time you clicked on a hashtag on Twitter to see who else was using it? If something is interesting enough, a link is preferable for further information. In fact, even in our personal business capacities, the hashtag has lost its real purpose and simply become a noisy addition to a list of random words to accompany #selfies.

Our collective attention spans are getting shorter with the increase of online noise, so is it smart to create two different links in a single message? Now, of course, even Facebook has adopted the hashtag as a news feed sorting mechanism.

No one is arguing their usefulness; we are just saying that usefulness is changing. Quickly. For marketers, who once relied heavily on the hashtag to promote their wanton wares, hashtags were bread and butter. Now those same marketers are losing the tags or only using one, mainly the company or product name, which packs the same, if not a stronger punch. Hashtags can still be effective. For events, national and international, they allow for people to share information. Take for example the Paris terror attack this year, the #PeaceforParis tag was a strong avenue for community sharing and activeness.

On a smaller, less serious scale, personal events can also use hashtags for intimate yet meaningful happenings. Let’s say you go to your friends’ wedding, everyone there can use the tag #TimLisa2016 in order to see photos taken by individuals at the event, some of whom you may not know personally.

Hashtags can also be used for self organization. Let’s say you just want to Tweet a bunch of funny or insightful posts for the next month. By giving them the same hashtag, you and your followers can keep track, and follow along. It’s like a subsequent goal or task.

No End in #Sight

Hashtags are part of our digital vernacular. They are punctuation and status. We’re certainly not saying there is no place on the internet for the beloved pound key. But it needs to have context that counts, and it needs to have readability.

As a company, we made the decision recently to cut back on using them. Mainly, because traction and views don’t grow when we use hashtags. For example, who the hell is searching for the hashtag #Hotsauce?

In conclusion, hashtags aren’t dead, but they have evolved over the last couple of years, seriously hindering their movement and progression. #ModernEvolution.